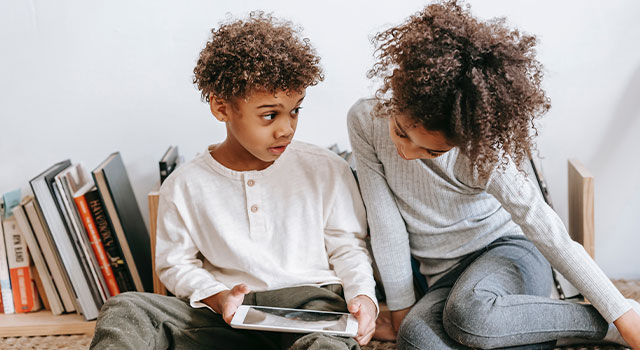 To determine whether there is a link between inattention-hyperactivity and TBIs, The Canadian Journal of Psychiatry [analyzed] data from 724 Canadian males aged 6-34. They collected information, examined health files and administered a questionnaire to the participants’ teachers on classroom behavior.

This study is the first to show that childhood behaviors, such as inattention-hyperactivity, predicted TBIs. The study also found that boys having sustained a TBI in childhood were more likely to have another one in adolescence.

At Dr. Terry Tsang Optometry, Inc., we help patients recover their vision through neuro-optometric rehabilitation therapy. By performing specific eye-training exercises designed to retrain the neural processes of the brain. This rewires the brain (neuroplasticity) and treats discomforts or struggles associated with visual dysfunction following a brain injury.

What Is a TBI and How Can It Affect Vision?

Traumatic brain injury is a disruption in the normal function of the brain caused by a jolt, blow, or bump to the head, or harsh head injury, whether from a sports-related injury, fall, or car accident.

This can significantly impact the functioning of the visual system. While certain brain injuries may cause permanent damage to the optic nerve, it's more common for it to disrupt communication between the eyes and brain.

Why Do Boys with Inattention & Hyperactivity Incur More Head Injuries Than Others?

While there's still a lot we don’t know about the link between Attention Deficit Hyperactivity Disorder (ADHD) and concussion, research shows a few connections.

Children and adults with ADHD tend to have poor impulse control, inattention, difficulty maintaining attention, and high energy levels, all of which places them at risk of getting a concussion.

Additionally, many children diagnosed with ADHD are encouraged to participate in sports to help with social interaction, self-esteem and hyperactivity. While this is beneficial on many levels, if they have poor visual-motor speed, or depth perception they’re more likely to collide with teammates, potentially causing a concussion.

Lastly, research also suggests that ADHD may involve problems with visual or auditory processing that may also contribute to the risk of concussion.

How a Neuro-Optometrist Can Help

Neuro-optometrists offer a customized treatment regimen for people with visual deficits resulting from traumatic brain injuries (TBI). It addresses problems related to eye teaming, tracking, and focusing that can make it difficult to read and complete tasks. By training the brain to communicate with the eyes more effectively, symptoms like dizziness and headaches can be significantly reduced or disappear altogether.

If your child exhibits ADHD behaviors and has experienced a concussion contact Dr. Terry Tsang Optometry, Inc. for a comprehensive eye exam. If vision problems are detected, we'll offer a personalized treatment program to strengthen any lagging visual skills that may be getting in the way of your child's quality of life.

Q: What Is Neuro-Optometric Rehabilitation?

Q: How Are Vision Problems Found After a TBI?

Request A Functional Visual Exam
Find Out How We Can Help You! 949-870-2763
Request An Appointment
Email Us